Is it Altcoin season or not? Ethereum hit all-time highs earlier this week but has retreated from the highs. Bitcoin has been holding onto high ground –unimaginable several months ago – but below the peak.

Broader markets are eyeing the inauguration of Joe Biden as the 46th PResident of the United States. Will the new administration succeed in unleashing funds that would partially flow to cryptos? The $1,9 trillion plan seems like a significant start, yet its passage is not assured.

How are the top three cryptos technically positioned?

This is what the Crypto Confluence Detector shows in its latest update: 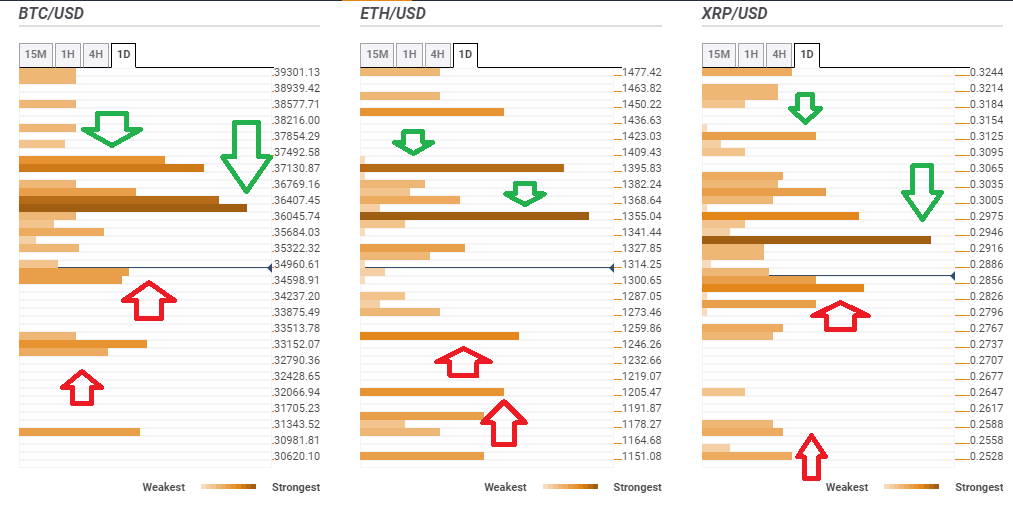 Bitcoin has been changing hands on lower ground and has support at around $34,500, which is the convergence of the Bollinger Band 4h-Lower, the BB 1h-Lower, the Pivot Point one-day Support 2, and the Fibonacci 38.2% one-week.

Lower, the next cushion for the granddaddy of cryptocurrencies is at $33,150, which is the meeting point of the PP one-month R1 and the Fibonacci 23.6% one-week.

Ethereum is capped at $1,350, which is a dense cluster including the SMA 5-1h, the BB 15min-Middle, and the previous weekly high.

Support for Vitalik Buterin’s brainchild awaits at $1,250, which is the confluence of the SMA 5-one-day and the previous daily high.

Ripple’s XRP token had also benefitted from the run into Altcoins, despite its legal woes. Critical resistance awaits at $0.2930, which is the convergence of the SMA 5-1h, the SMA 10-1h, the Fibonacci 23.6% one-month, and the SMA 10-15m.

See all the cryptocurrency technical levels.

EUR/USD to prolong the corrective phase while below 1.2231 – Credit Suisse