Monero price is down by 10% following Bitcoin’s bearish rally. Similarly, Dash and Zcash also lost around 10% of their price in the past 24 hours and have established short-term downtrends.

Monero price can quickly fall towards $120

On the 3-day chart, Monero was trading inside an ascending parallel channel but the bears managed to push the digital asset below a crucial support level at $150 with a price target of $120. 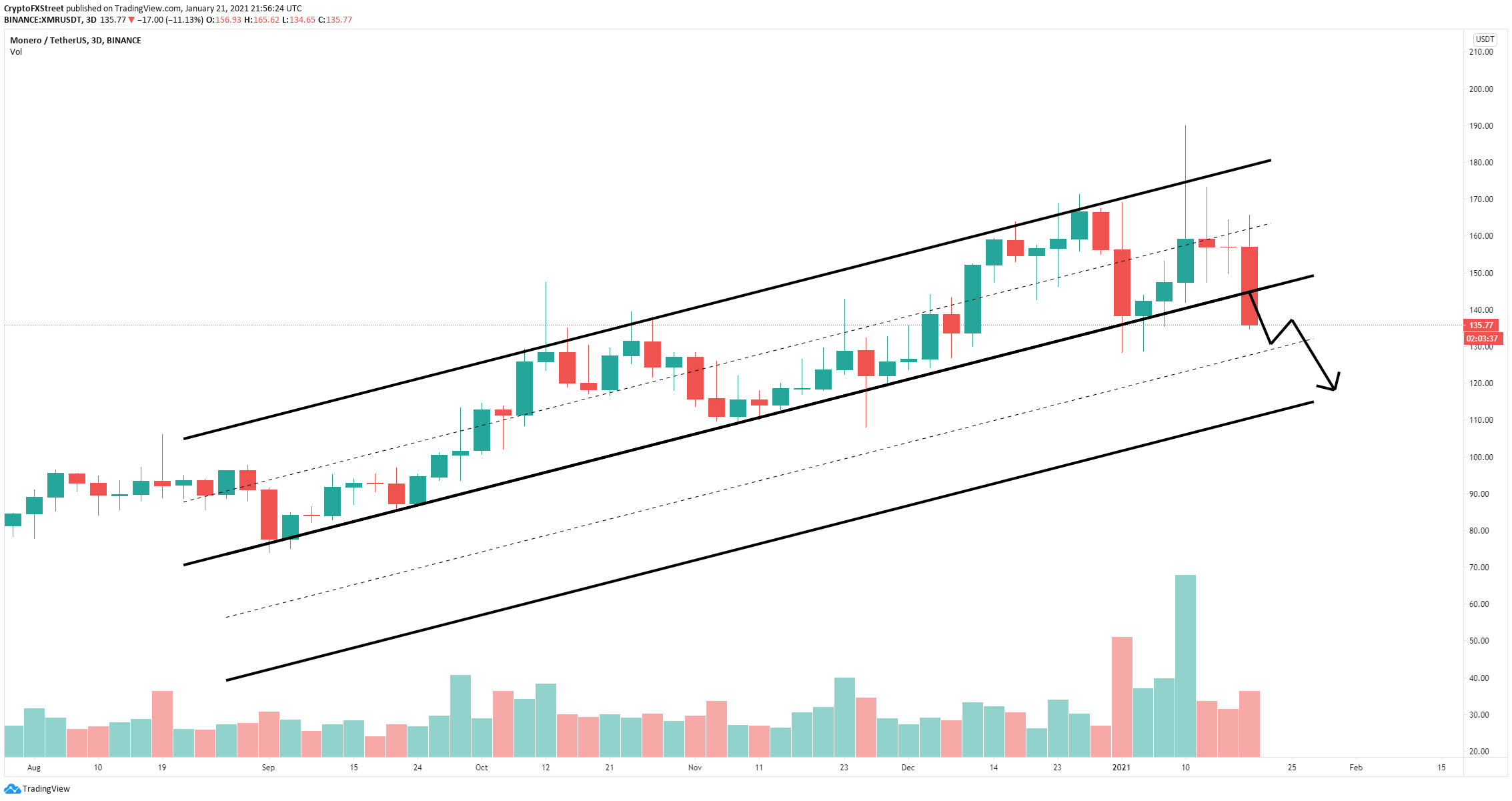 The only hope for the bulls is a re-test of the previous support level at $147 if they can defend $130 psychological level. Additionally, the 100-SMA support level at $136 on the daily chart could also serve as a rebound point if bulls can push Monero price above it for a close. 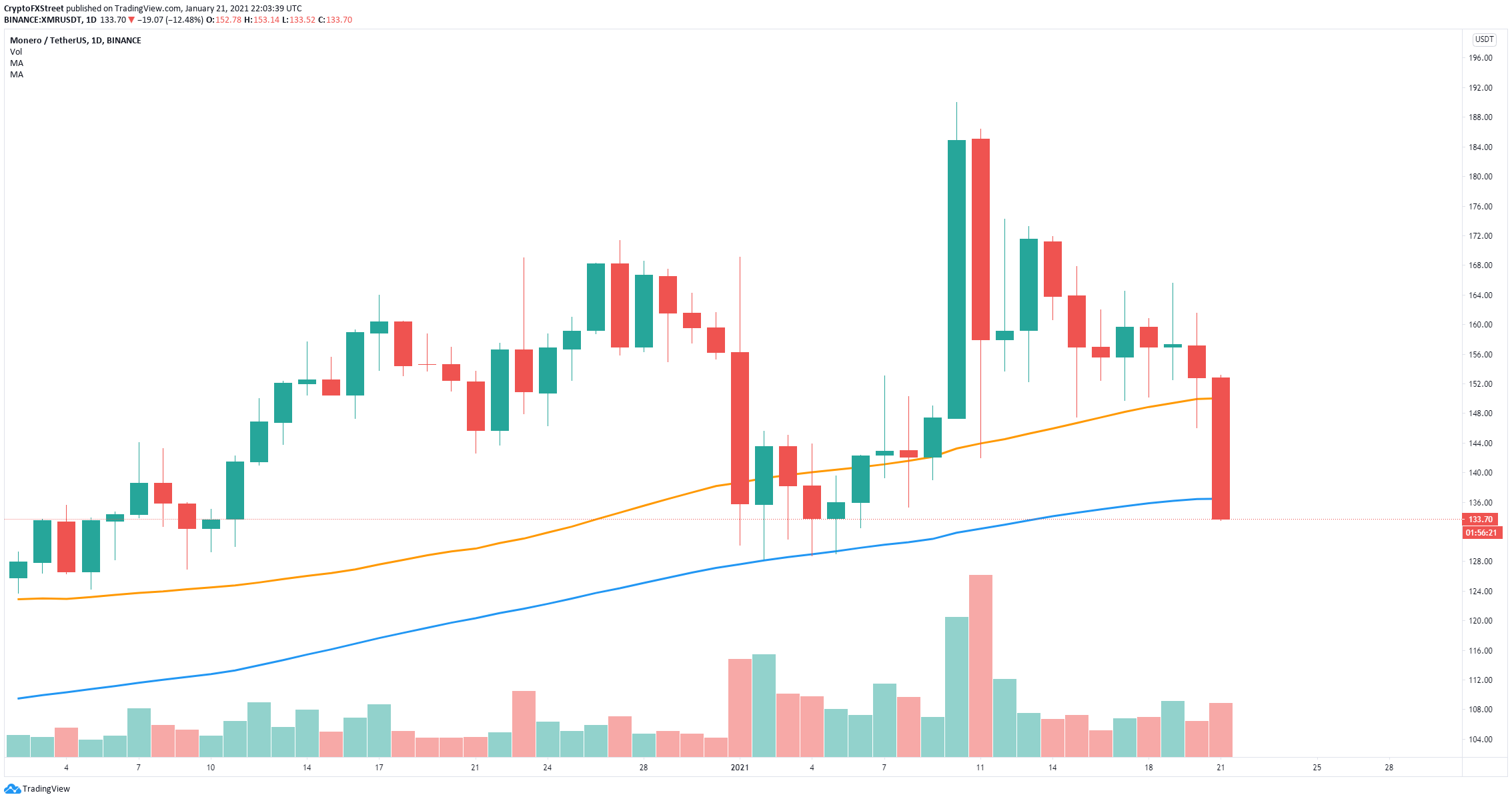 On the 6-hour chart, the TD Sequential indicator has just presented a buy signal and seems to be on the verge of doing the same on the 3-hour chart. The digital asset is down by 15% in the past 24 hours which means a rebound is very likely to happen in the short-term. 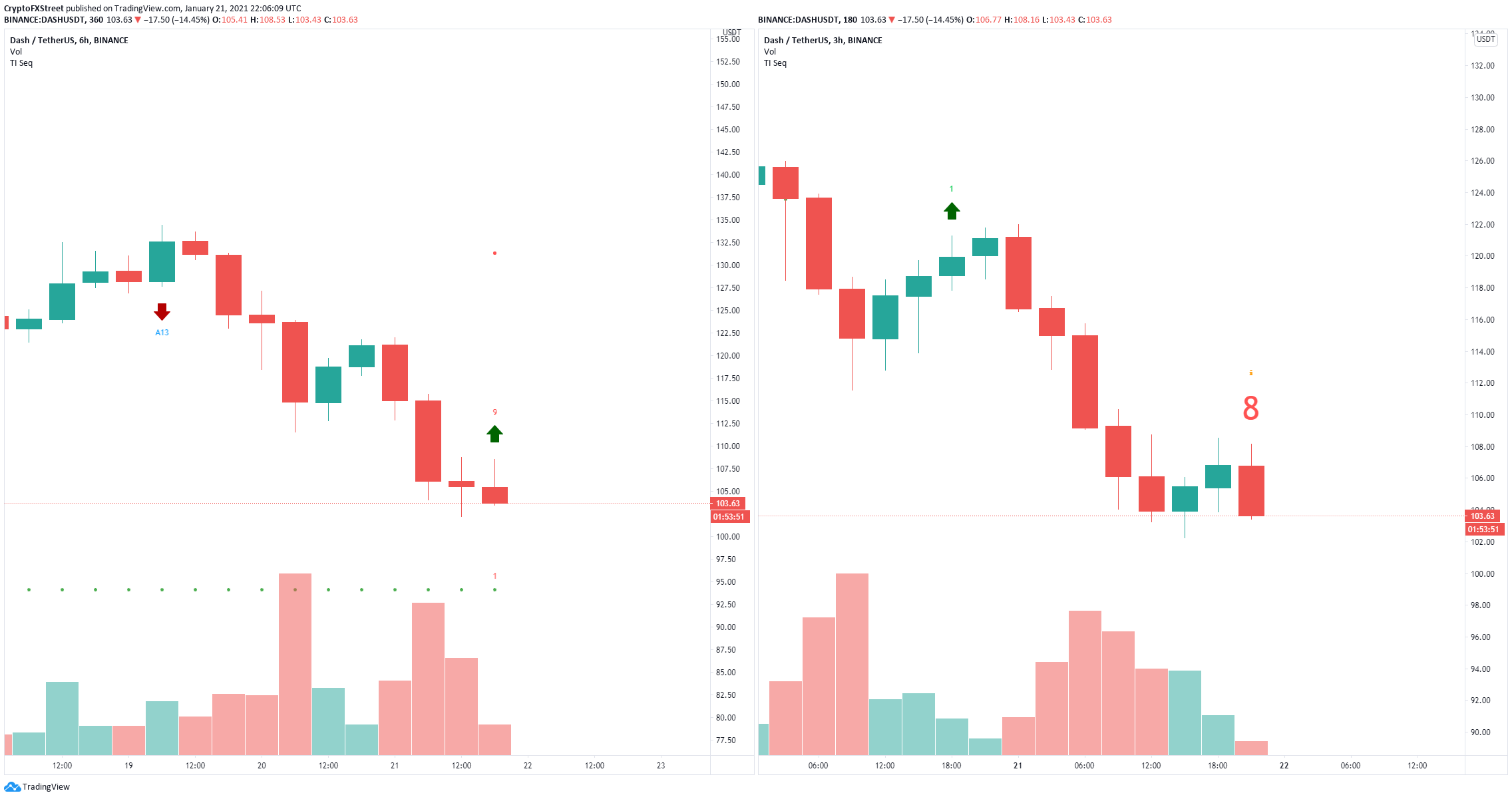 The In/Out of the Money Around Price (IOMAP) chart seems to give credence to this theory as it shows weaker resistance on the way up compared to the support below. A breakout above the area between $104 and $107 could push DASH towards $120.

However, the IOMAP model also shows that the strongest support area is located between $88 and $92, which means that losing the $100 psychological level could drive its price down to $88.

Zcash also looking for a rebound in the short-term

On the 2-hour chart and the 6-hour chart, the TD Sequential indicator has presented two buy signals. On the 3-hour chart, it’s about to do the same giving a lot of credence to all signals. 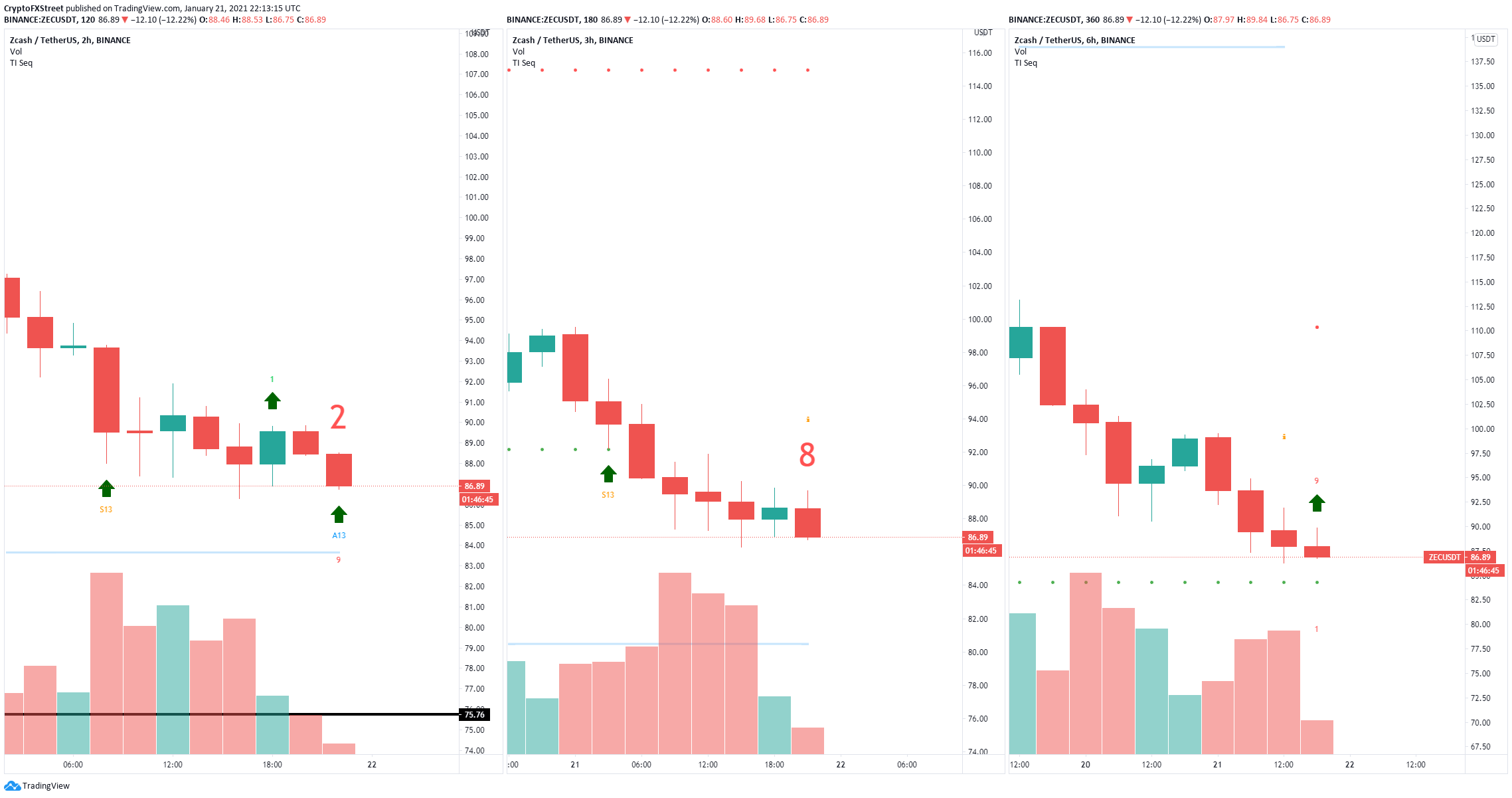 We could see a small rebound towards $90 and $100 as there is very little resistance on the way up. However, the entire crypto market has turned extremely bearish and Zcash also has weak support on the way down. 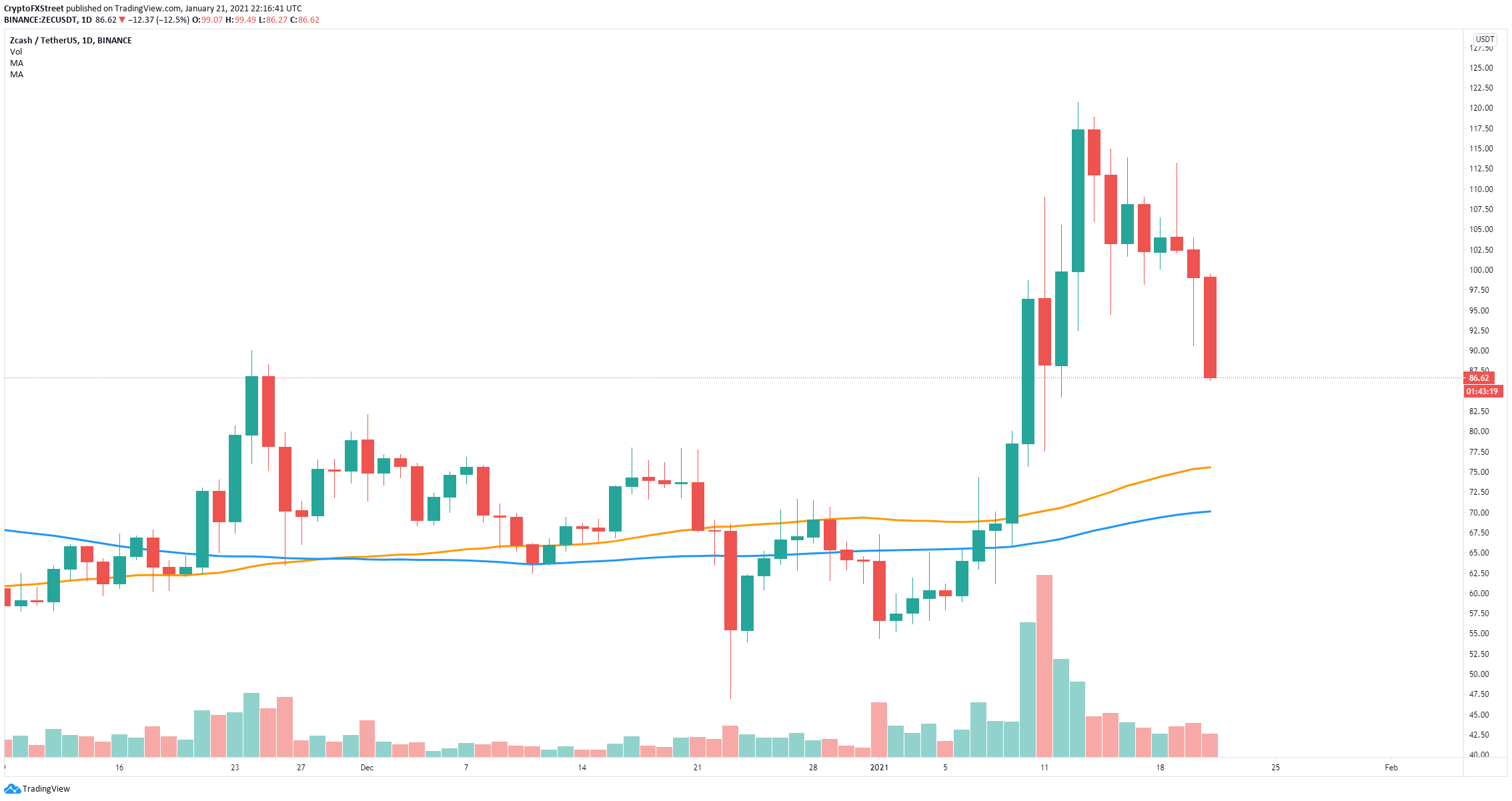