Ethereum price reached $1,440 on Coinbase, a new all-time high before plummeting to a low of $1,234. It seems that ETH miners have been selling a lot in the past few weeks as their balances have dropped below 1 million ETH for the first time since the price hit $1,000.

Most of the selling pressure comes from ETH miners selling a significant amount of coins from January 3 until now. This can be concerning to the bulls in the short-term as miners could continue to panic sell if Ethereum price falls harder.

The recent sell-off from Ethereum’s all-time high happened right after the TD Sequential indicator presented a sell signal in the form of a green nine candlestick on the 4-hour chart. So far, ETH bulls have defended a crucial support level at $1,183. However, if this one breaks, bears will take control of the trend. 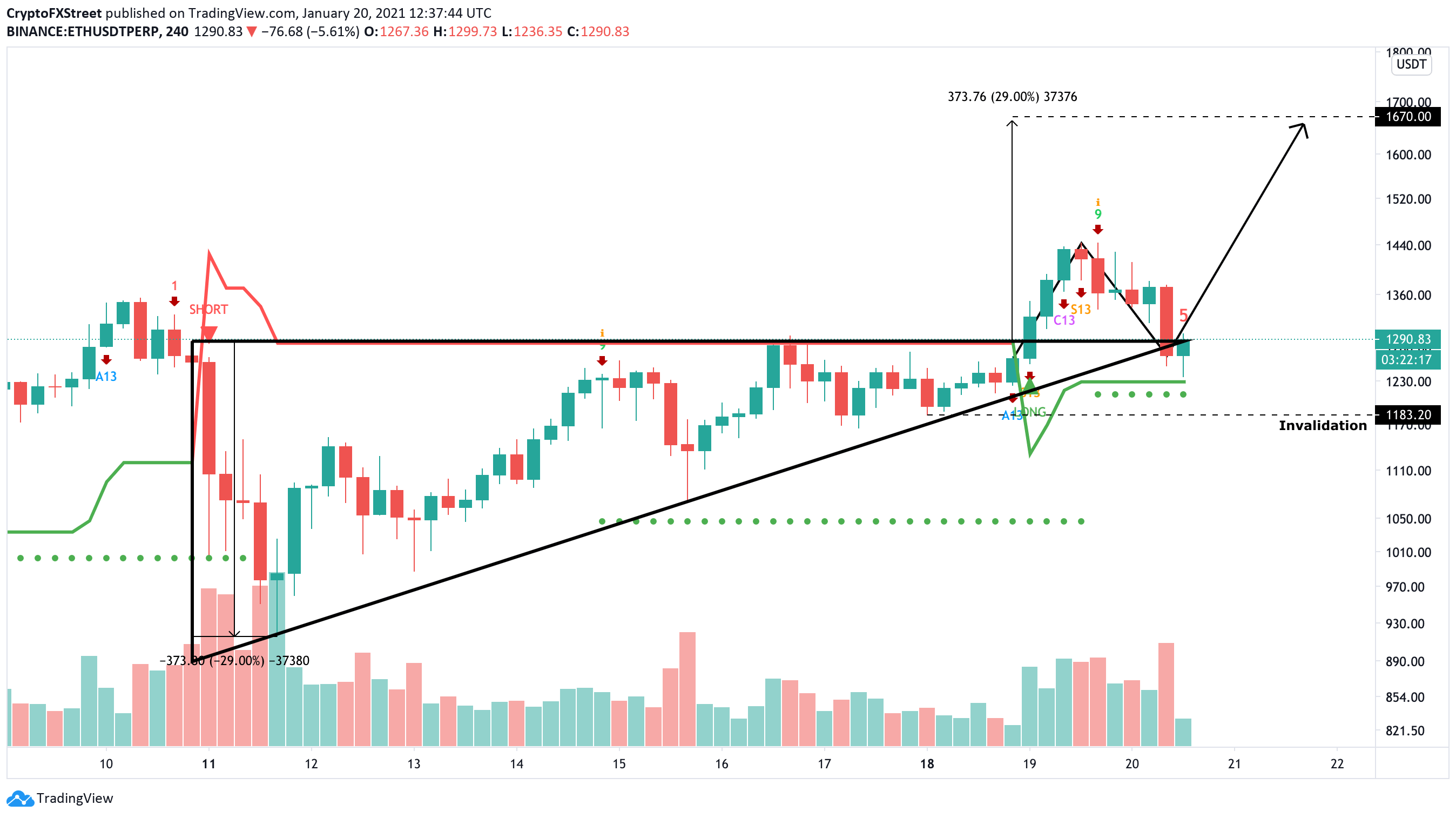 Ethereum has re-tested the previous resistance level of an ascending triangle pattern on the 4-hour chart. Considering that the SuperTrend has remained bullish, the digital asset could be aiming for a high of $1,670 after a rebound.