According to a new article released by Enjin, the digital asset has become the first ever gaming token authorized for use in Japan approved by the JVCEA. Additionally, Enjin will be listed on Coincheck on January 26, which only supports a handful of cryptocurrencies in Japan.

Enjin touched $0.443 in the past 24 hours, rising by more than 280% since December 2020. The digital asset had a massive breakout on January 8 followed by a consolidation period right into another colossal breakout thanks to the recent announcement.

However, the number of whales holding at least 10,000,000 coins plummeted from 13 on January 11 to only nine currently, which indicates large holders are taking profit on their holdings.

Similarly, the number of Enjin coins inside exchanges spiked massively in the past 48 hours which is another indication that investors are selling. 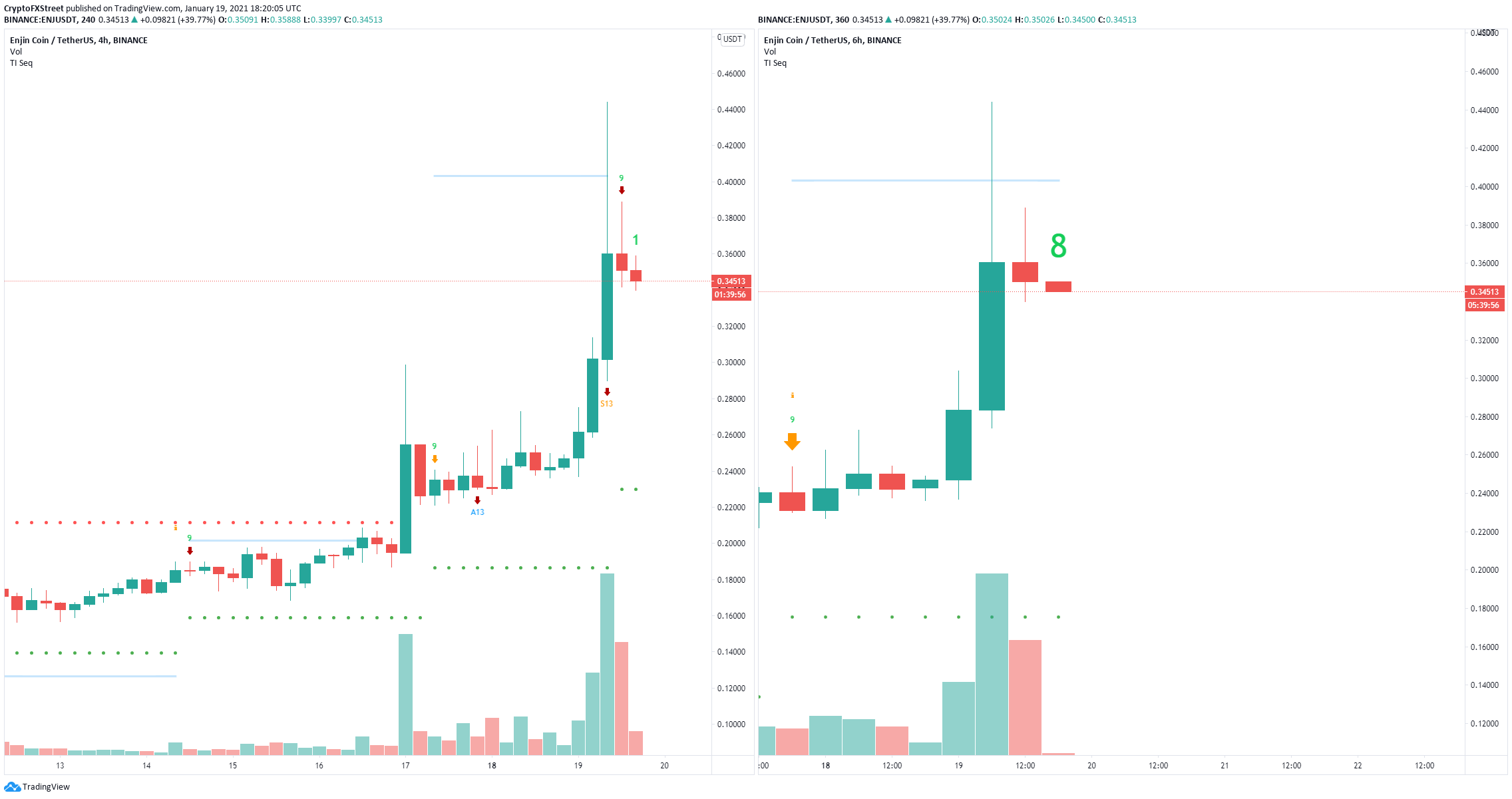 Additionally, on the 4-hour chart, the TD Sequential indicator has presented a sell signal in the form of a green ‘9’ candlestick and it’s about to do the same on the 6-hour chart. The validation of both signals would be a notable bearish sign.

The In/Out of the Money Around Price (IOMAP) chart shows very weak support on the way down with the most significant area between $0.28 and $0.29 which means Enjin Coin price can rapidly fall towards that range.

Janet Yellen Says Cryptocurrencies Are a 'Concern' in Terrorist Financing