Bitcoin price stalled after failing to break the resistance at $40,000. As reported earlier this week, JPMorgan & Chase strategists believe that BTC will retreat if it fails to hit levels above $40,000. However, according to Glassnode’s Net Unrealized Profit/Loss (NUPL), the market is far from hitting the top. Therefore, from the investors’ sentimental analysis, Bitcoin has the potential to rise to another record high.

Understanding Bitcoin’s NUPL and how it predicts bull market tops

Investors are greedy when a large percentage of Bitcoin’s market is made up of unrealized profits. According to Glassnode, this ratio tends to drop while prices fall, leading to fear among investors. In instances where unrealized gains turn into unrealized losses, Bitcoin goes into a phase referred to as capitulation and apathy, as illustrated in the chart below. 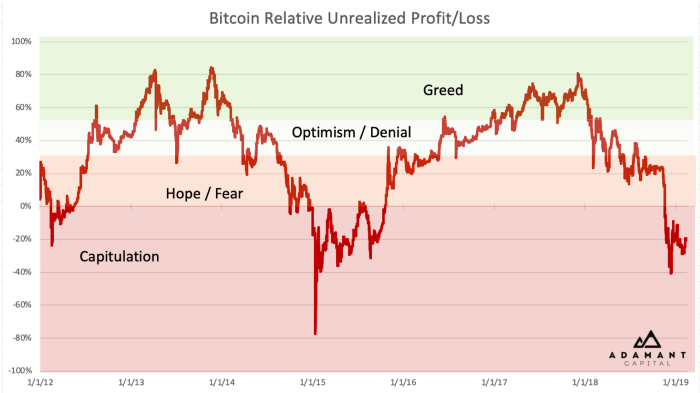 It is worth noting that investors would sell more when Bitcoin is in greed because most realize gains. On the other hand, if investors sold during capitulation, they will make losses. Therefore, investors are likely to buy more, hoping that the prices will rise in the near future.

A historical glance at the NUPL highlights instances this on-chain metric has predicted market reactions. For example, the market hit a NUPL ratio of 0.83 in June 2011. A percentage of 0.75 upwards shows that investors are engulfed by greed. Correction is almost prominent at these levels, but Bitcoin price can hold for months before its correction begins. In 2011 this period lasted for at least two months.

The bull market in 2011 culminated in groundbreaking declines toward October, where Bitcoin price hit $2 from highs close to $30. The NUPL value dropped to -1, highlighting capitulation and apathy.

Currently, the NUPL ratio stands at 0.68, representing denial/optimism. Despite the tremendous rally since October 2020, investor sentiment remains optimistic that Bitcoin is yet to hit its local market top. If The NUPL rises into the greed region, Bitcoin may rally to $50,000 first, perhaps $60,000 before a significant correction comes into the picture. 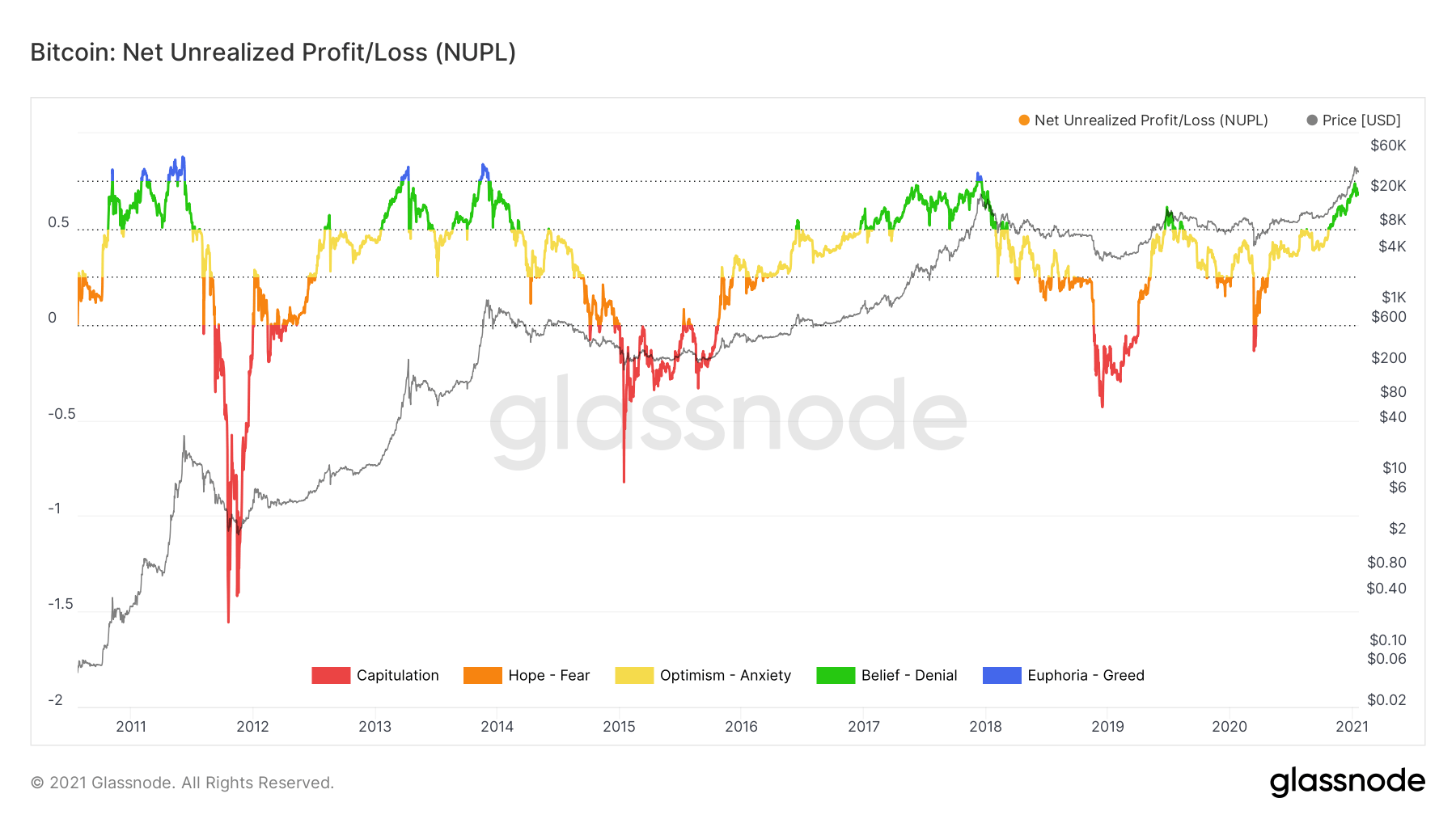 It is worth mentioning that the renowned trader and analyst Peter Brandt believes that Bitcoin is bound for a dump before it pumps again to a higher high. His prediction is based on Bitcoin’s performance in 2016, where the initial hump to slump was only a simple correction. This was followed by a pump that brought in fear of missing out (FOMO) in retail investors.

Nonetheless, the pump was succeeded by a more prolonged correction where the dump sifted out the FOMO investors. Bitcoin later started to pump, resulting in the new highs posted in 2017. 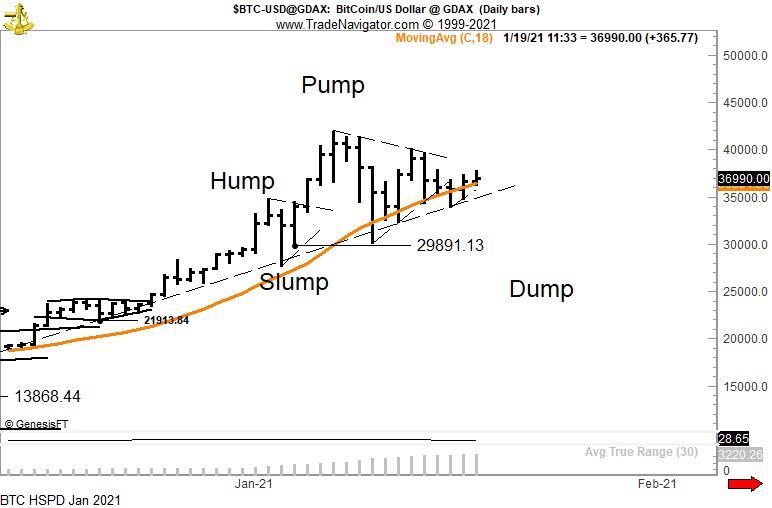