The Bank of Canada is widely expected to keep monetary policy and quantitative easing unchanged at its meeting on Wednesday in spite of new COVID-19 provincial lockdowns and a slowing economy.

Overnight lending will stay at 0.25% and the and the purchase program at C$4 billion a month though Ontario recently issued a stay-at-home order and most of the country is under some combination of social and business restrictions.

There has been some media speculation that the BoC might reduce its base rate by an amount less than the standard 0.25%, a so-called micro-cut, in light of the growing drag of the pandemic on performance in 2021. But with analyst expectations nearly uniform for a status quo meeting, that seems unlikely.

The BoC dropped its overnight rate to 0.25% on March 27, two weeks after the Federal Reserve and has offered no estimate for a return to normal levels.

The Fed has been equally mum with Chairman Jerome Powell saying that rates will stay very low until the US economy is fully recovered. The bank’s latest Projection Materials have the fed funds rate at its current level of 0.25% through the end of 2023.

The Canadian dollar reached an almost three-year high against its US counterpart last week at 1.2625. Its steady ascent after the end of the market panic in March had initially been due to the withdrawal of the US dollar’s pandemic premium. However, in last two months of the year the deteriorating American economy, particularly the labor market, and surging oil prices took over as energizing factors. 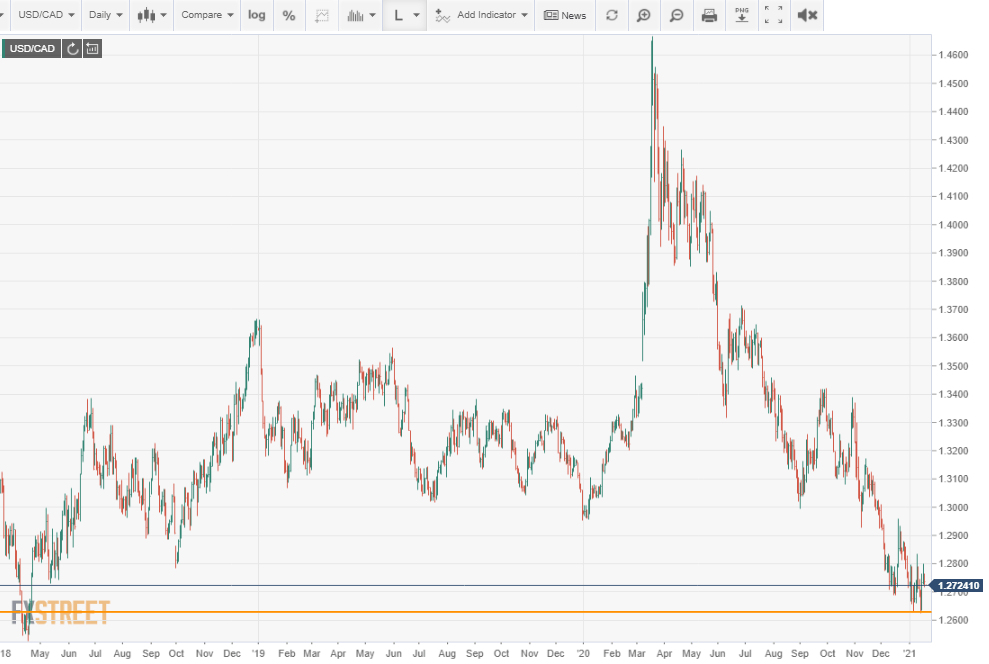 West Texas Intermediate (WTI) began rising in early November anticipating a global recovery in the second and third quarters of 2021. By late in the month WTI had broken through resistance at $44 which had been the top after the March collapse. Though the commodity was rejected at $54 last week after three attempts that has done little to alter WTI’s buoyancy in the light of the expected global rebound next year as vaccine distribution gradually curtails the pandemic. 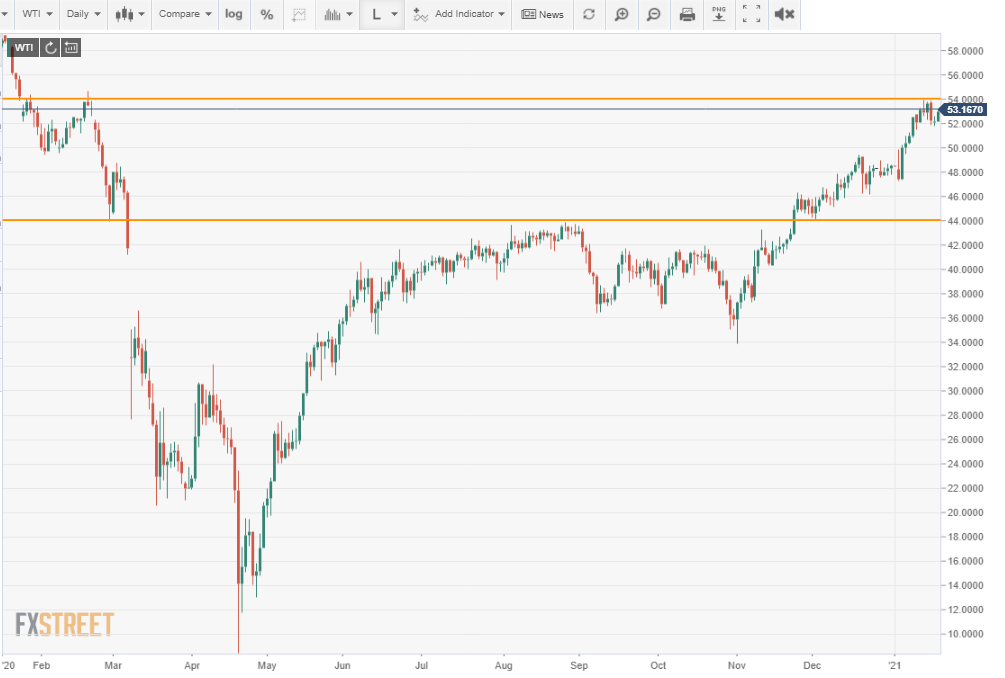 The United States is Canada’s largest trading partner and a strong currency could hinder the economy’s recovery.

Bank of Canada Governor Tiff Macklem said that “recent Canadian dollar appreciation is hurting competitiveness of Canadian exporters in the US market. The policy statement of the December 9 meeting noted that, “A broad based decline in the US exchange rate has contributed to a further appreciation of the Canadian dollar. “

US rates and stimulus

The modest increase in US Treasury rates in the New Year, has helped the USD/CAD bounce from its recent low. The yield on the 10-year bond rose above 1% for the first time since March on January 6 and closed at 1.138 on January 12. 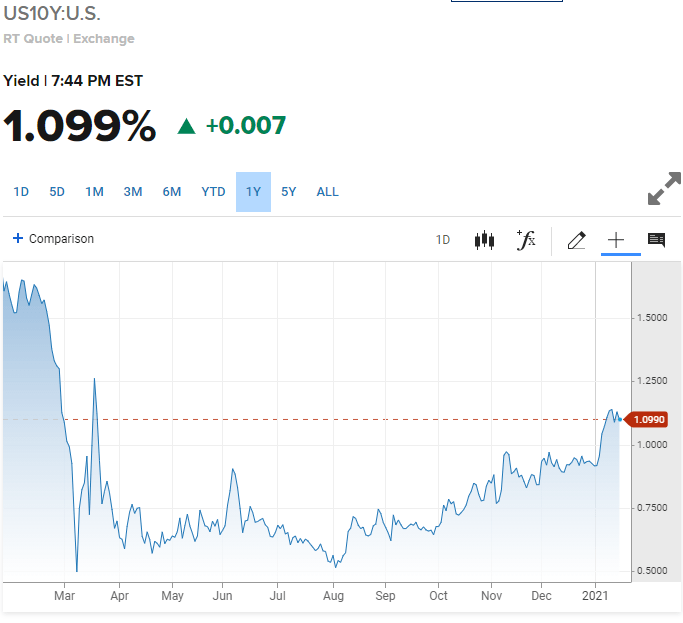 Markets are also anticipating a massive stimulus package from the incoming Biden administration which takes office on January 20.

Information released subsequent to the last BoC meeting on December 9 has shown the effect of the widespread lockdown.

The Ivey Purchasing Managers’ Index dropped to 46.7 in December, far below November’s 52.7 and the 54.7 forecast. It was the first month in contraction since May.

Net Change in Employment in December was negative for the first time since April, shedding 62,600 jobs, more than double the -27,500 estimate. Manufacturing Sales in November were weak, falling 0.6% on a -0.1% forecast and October’s 0.2% increase.

While monthly GDP in October came in at 0.4%, slightly better than the 0.3% expectation, that will be small comfort to the BoC governors as the new lockdowns arrived in November and December.

Conclusion and the USD/CAD

The expected status quo rate decision will have limited effect. The commentary over a so-called micro-cut is not taken seriously by the markets. Focus will be on the characterization of the Canadian economy in the policy statement and Governor Macklem’s press conference.

Markets already anticipate that the BoC will be on hold for a prolonged period and the Governor is unlikely to disabuse that notion. But an optimistic economic assessment by the bank could send the USD/CAD lower.

On the other hand Mr. Macklem has voiced concern over the strong Canadian dollar. He may choose to blunt the loonie’s gains by emphasizing the limited potential for inflation despite the extended zero rate regime or perhaps by mentioning the positive effect on the American economy of a new stimulus package.

Either way, with markets closely attending the interplay between the pandemic and economic data, rhetoric, whether written from the BoC or verbal from the Governor, will have scant lasting impact on the USD/CAD.

Here’s everything coming to Hulu in February 2021, and what’s leaving